The king of the fishers

Home / Wildlife  / The king of the fishers 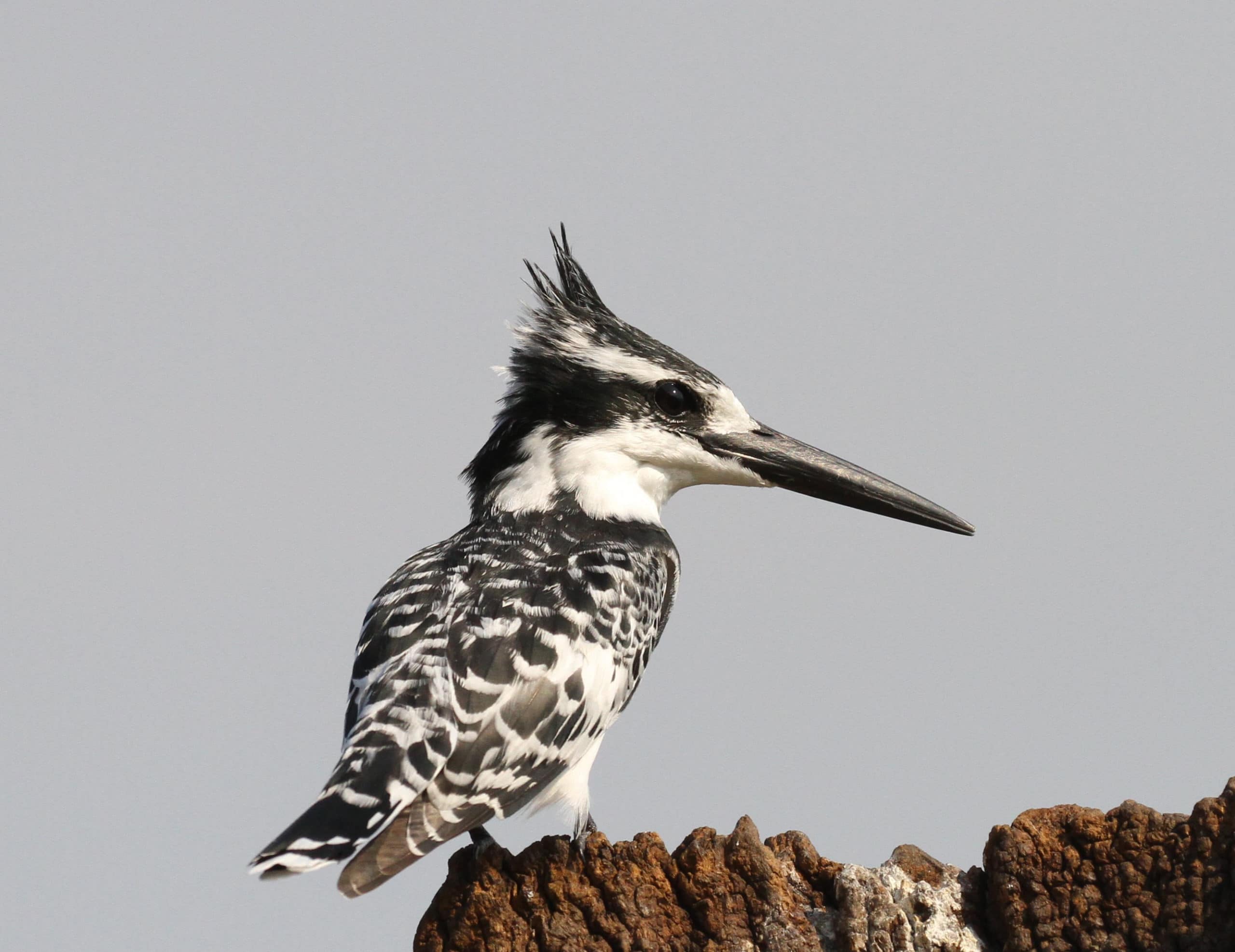 23 Sep The king of the fishers

Posted at 12:19h in Wildlife by Mike Cadman

A common sight near the shoreline of healthy water bodies in southern Africa is that of a black and white kingfisher energetically hovering about five metres above the surface before plunging head-first into the water and emerging with a fish in its bill.

The bird, a Pied kingfisher in this case, then heads for a nearby perch where it proceeds to beat its wriggling prey into submission by repeatedly bashing it on a branch before adroitly flicking it into the air and swallowing the hapless fish head first.

To most people, the idea of kingfishers catching fish would seem to be typical behaviour. Even the common name of these birds reinforces the idea.

What is not so well known though is that of the 10 species of kingfisher that occur in Southern Africa no fewer than five of them hunt over dry land and are not fish eaters at all. These kingfishers – the Brown-hooded, Greyhooded, Woodland, Striped and Pygmy – eat lizards, insects, frogs, scorpions, small snakes and even, on occasion, other birds.

What is also not well known is that three of these “dry land” kingfishers are also intra-African migrants with the birds spending the austral summer in southern Africa before moving to central Africa and even further north.

An unfortunate aspect of the migrations of the Grey-hooded, Pygmy and Woodland kingfishers is that their long-distance flights are usually undertaken at night and some birds are confused by the artificial lights of human habitation and a significant are killed when they fly into buildings or other obstacles.

The Giant, Malachite and Halfcollared kingfishers all hunt in rivers or other water bodies and are sedentary. The Mangrove kingfisher does move small distances when not breeding but the destruction of mangrove forests and degradation of rivers along South Africa’s coast has had a severe impact on this bird and it is now considered endangered.

With the exception of the Pied all of the kingfishers in that occur in southern Africa hunt from perches where they sit unobtrusively, sometimes for long periods, before swooping down in a shallow dive to capture prey.

The largest Kingfisher in the region is the Giant kingfisher, it is also the largest in Africa and second heaviest in the world after the Australian Laughing kookaburra, grows to about 45 cm (18 inches) in length and weighs about 400 grammes (just under one pound). The Pygmy kingfisher is the smallest in the region and grows to about 12 centimetres (just under four inches) and weighs about 13 grammes (half an ounce).

The Pygmy kingfisher is only slightly larger than Dwarf kingfisher which occurs in central and West Africa and is the smallest of its species in the world.

The long dagger-like bill and, in most cases, brilliant colouring, ensure that kingfishers are unmistakable, even to casual observers but birders know that to enjoy this species to the full it is worth watching the areas around rivers and dams closely, and then turning around to scrutinize the dry bush because these jewels sparkle there too.