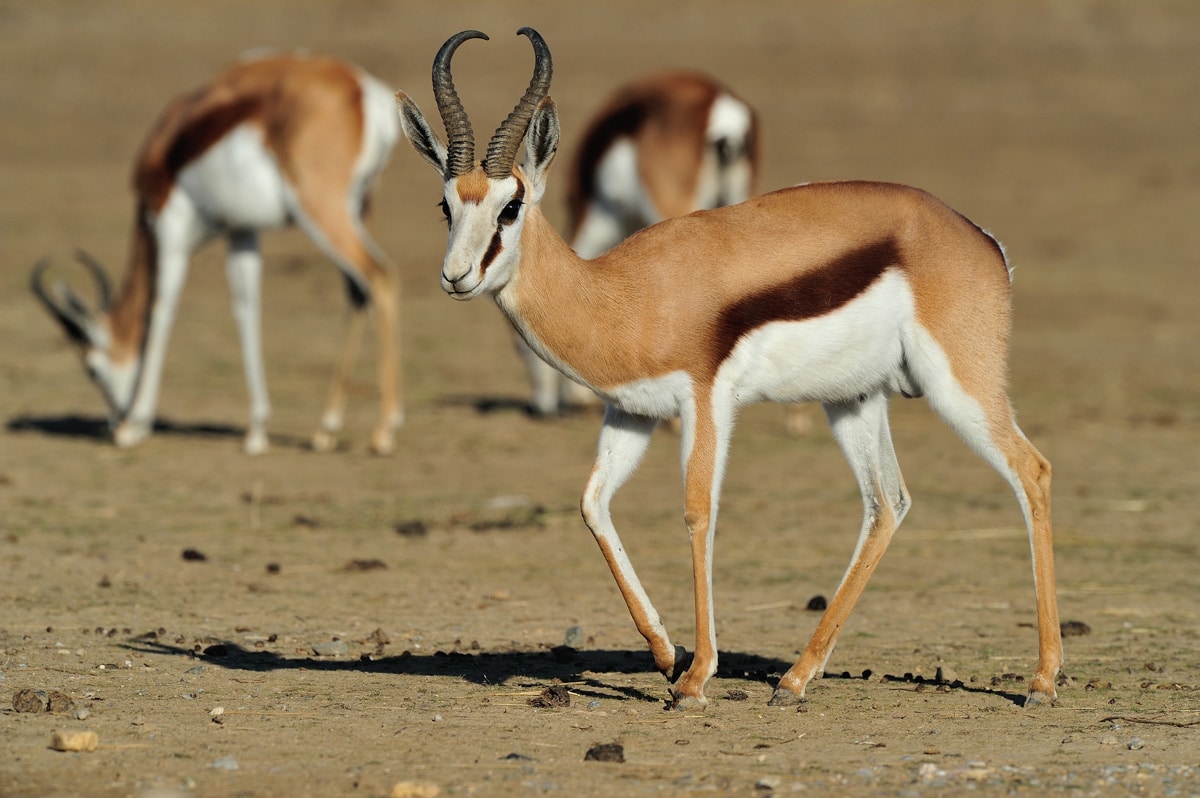 Posted at 14:53h in Wildlife by Mike Cadman

Seolo Africa proudly operates in South Africa and Zimbabwe so in the afterglow of the Springbok Rugby World Cup win it seems appropriate to showcase the mammal that our rugby team takes their name from – the Springbok. The rugby win drew massive global attention, and it’s interesting to note that the South African rugby team is made up of born and bred South Africans, no imports. The only non-South African (but still southern African) is Zimbabwean prop-forward Tendai “Beast” Mtawarira, a hero to rugby fans across the region.

The springbok is South Africa’s national mammal and is endemic, it lives nowhere else, to the arid central and western parts of the region including Botswana and Namibia.

Springboks once formed huge herds and observers in the 19th century noted aggregations “over a hundred miles long by 15 miles wide” (see reference below). These giant herds were formed by springbok moving to new feeding areas but sadly they were shot in such large numbers that the population was threatened with extinction.

Today springbok are fairly common but farm and game reserve fences prevent the formation and movement of large herds.

Springbok are well equipped to deal with very dry conditions and utilise many types of plants, and in addition to eating grass, shoots and leaves it also eats flowers after, and if, it rains in spring. It is not known if the Springbok rugby players follow this diet but informed observers say it is unlikely.

Although they prefer to drink regularly springbok can supplement their moisture requirement by eating certain roots and tubers.

Springbok males hold and defend territories which means that they spend a lot of time on their own and this trait exposes them to predation by lions, cheetah and sometimes leopard. Spotted hyena will also kill springbok.

When running from perceived danger springbok have the strange habit of “pronking” during which the animals repeatedly jump, or bounce, high in the air with stiff legs.

“The general rule is that those who jump higher, or at a faster rate, are fitter and faster, a fact which the predator should recognise and so pick out a weaker victim,” scientist Tim Jackson notes in The Complete Book of Southern Africa mammals. (A point for rugby players to contemplate!)

The springbok is a gazelle, the only member of its family in southern Africa. It is a fairly small animal with males weighing up to 50 kg and females about 35-38 kg, a very dainty creature by comparison to the team of rugby players with the same name, whose weights range between 80 and 124 kilogrammes.

Seolo Africa congratulates our Springbok captain, Siya Kolisi, coach Rassie Erasmus and their men in green and gold for their outstanding performance and 3rd Springbok World Cup win. Our hearts are proud, and our blood is green!