Through the eyes of an 11 year old on safari 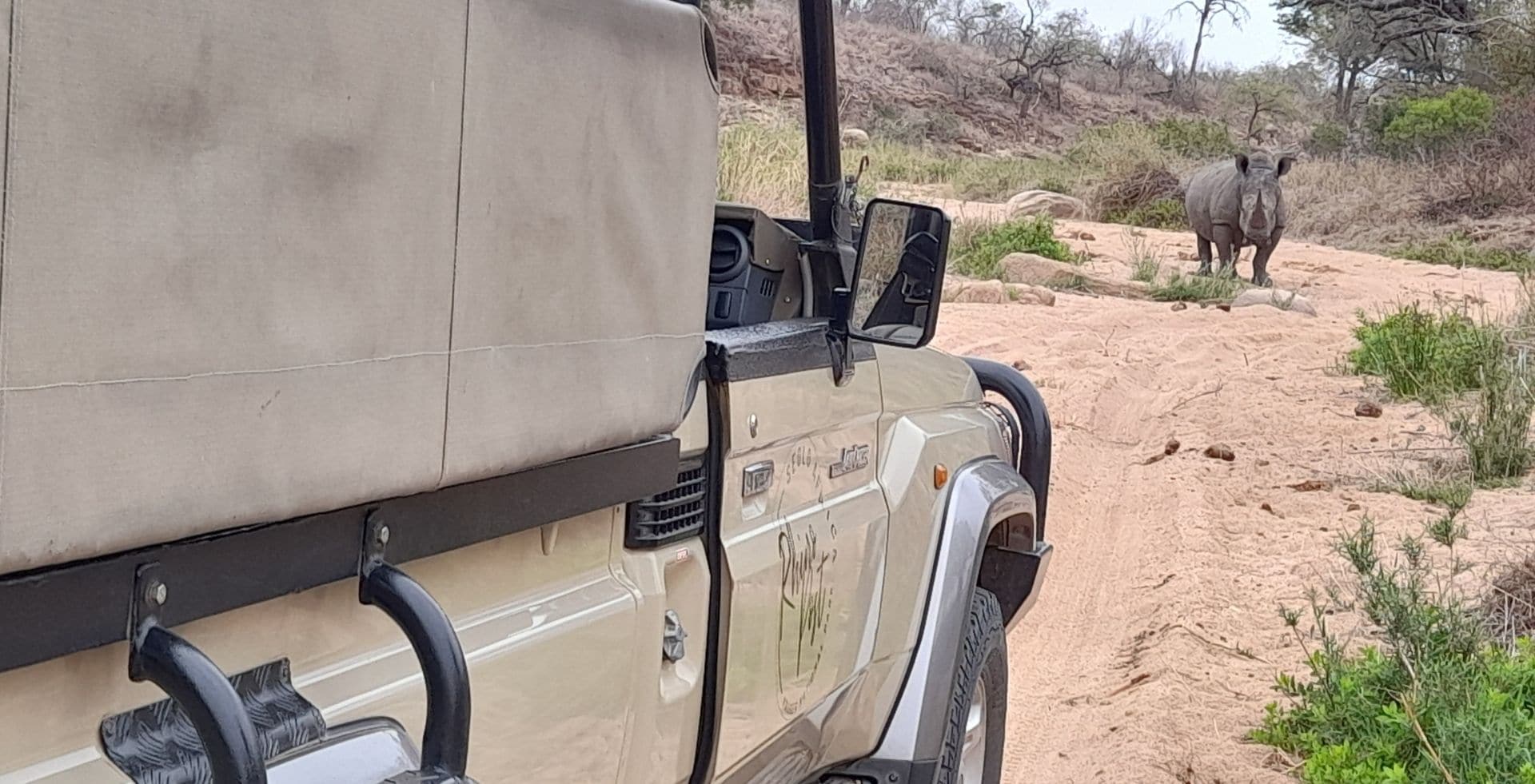 Take a trip with us to Rhino Post Safari Lodge through the experience of James Kerr. James is 11 years old and a very keen birder, photographer and wildlife enthusiast. James and his family recently spent 5 days with us documenting his journey to share with you.

We came to Kruger and had a very nice drive. We saw quite a few elephants and buffalo in the Sand River. When we came back to the camp there were two or three leopards, five hyenas and a rhino at the water hole.

I also took a bet with my dad on whether I could see 100 bird species. What my dad didn’t know is that I would team up with our ranger. 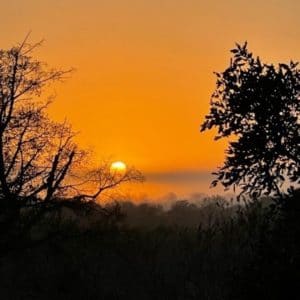 We were watching a lion in the Sand River and had now seen the big five. We then decided to go and try and find the wild dog with a kill right next to the road. Apparently some wild dog had killed it but they left half the kill there which was very unusual. We also had a nice sighting of a hyena with a bone in his mouth walking up the road on the drive. 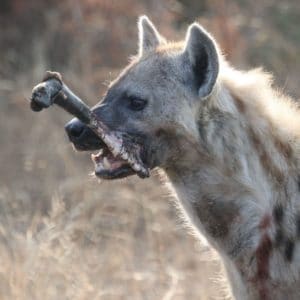 We went to Sunset Dam where there were many large crocodiles and lots of hippos, two of which were fighting. When you go there during the summer you often see water monitors. The impala there are crazy. They will eat right next to the basking crocodiles although the crocodiles don’t even try to attack them. When we were heading back to the lodge we saw three southern ground hornbills.

On the second drive, we managed to see a cheetah with a kill about 15 metres away from the road. You could see the cheetah very clearly, it was an absolutely amazing sighting.

On the way back to the camp from the cheetah kill we saw a caracal in the middle of the road but the other amazing part about that sighting was that the caracal didn’t just run away immediately, it stayed on the road for about 30 seconds before walking off. I’ve been looking for a caracal in Kruger for as long as I can remember and I was thrilled to finally see one. When we got back to the camp there were several hyenas at the water hole. 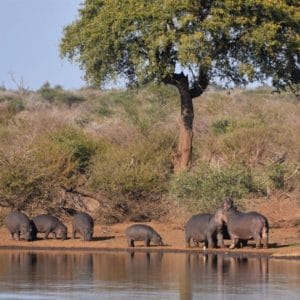 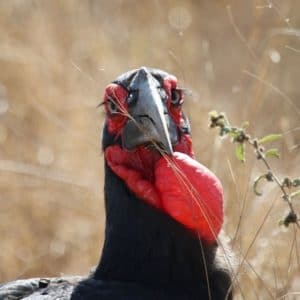 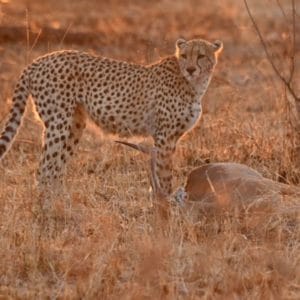 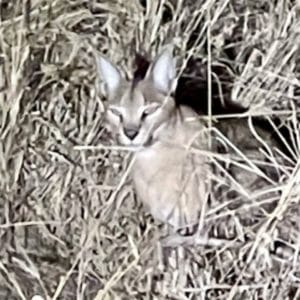 The wild dogs had caught a male impala and soon enough three hyenae had come and they were trying to steal the kill from the wild dogs Some of the hyenae ended up fighting with the wild dogs but couldn’t get much until more reinforcements arrived but by then there wasn’t much left of the impala.

After that, we saw a leopard with her cub. The female leopard had caught a python with eggs in it. Eventually, a hyena showed up and the leopard and her cub ran up into a tree. The hyena stood there waiting for scraps and the eggs to drop.

On the afternoon drive we saw a leopard near the road and then we saw three rhinos at a dam and saw another three rhinos on the way back. On the hill down to camp we found a spotted eagle owl on the road eating a bird. 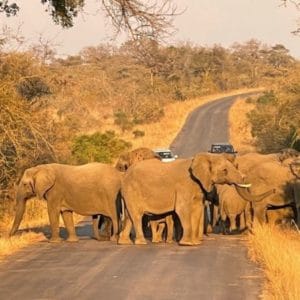 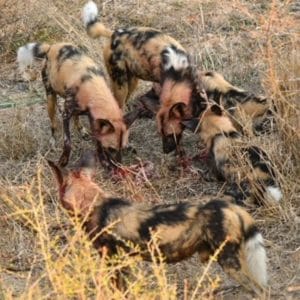 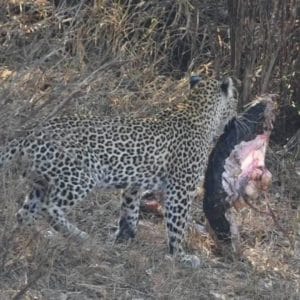 We went for a short drive before going home and I’d managed to see 120 different bird species and I won my bet!