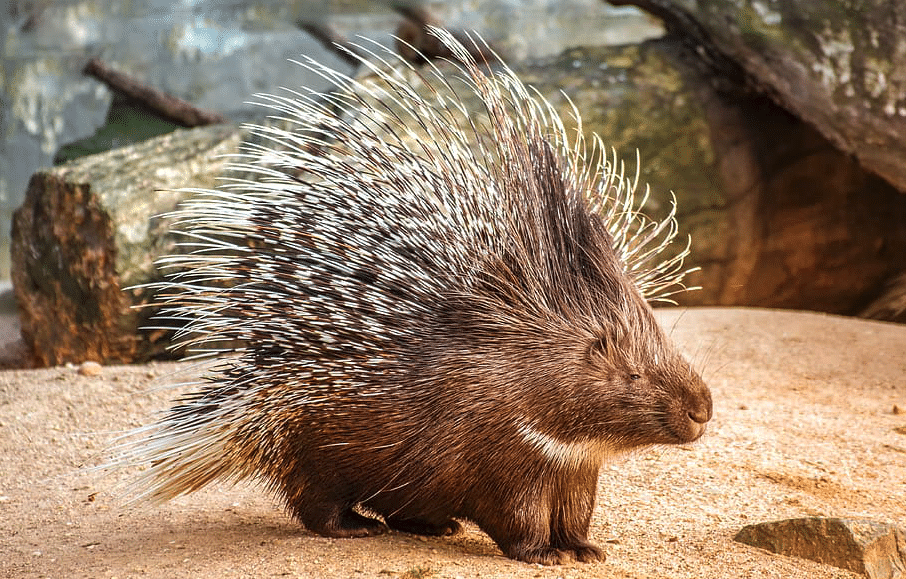 19 May A prickly affair

Posted at 07:58h in Seolo Africa, Wildlife by Mike Cadman

Porcupines are creatures of the night. Often unnoticed, they go about their lives eating fruit, tubers and plants but in the morning experts will notice their tracks, places where they have dug for food or have nibbled on tree bark. For most people, the first inkling they have that porcupines are around is the discovery of a black and white quill or spines lying on the ground.

And it is the quills or spines that fascinate most people and almost everyone picks them up when found. Perhaps the reason they fascinate people, over and above their beauty, is that they are the slow-moving porcupines’ only defence against predators and can be effective against animals as large as lions.

Quills and spines are really modified hair and grow to varying lengths depending on their location on the porcupine. Spines, which are generally much thinner, can grow up about 50 centimetres and quills can attain about 30 centimetres.

Although contrary to popular belief, neither quills nor spines can be shot out, the quills, in particular, are very sharp and can easily become embedded in a predator’s face or paws.  When threatened the porcupine generally turns its back on the aggressor, stamps its feet and erects all its quills and spines, suddenly appearing about three times its usual size. Its tail is equipped with hollow spines which the animal shakes to create a harsh rattling sound, adding further to the threat display. If all of this fails to get the predator to back-off the porcupine will make backward rushes in an attempt to piece the predator’s paws or face.  Many a lion or leopard, particularly, inexperienced animals, have ended up with quills embedded in the face or paws and which are very difficult to remove. The wounds sometimes turn septic, affecting the predator’s ability to hunt, or, in some cases, lead to such massive infection the animal dies.

They live in extended family groups and have one to three young. During the day they rest up in burrows.

Unfortunately, not all farmers are fond of porcupines because they sometimes raid crops. This leads to may porcupines getting shot.