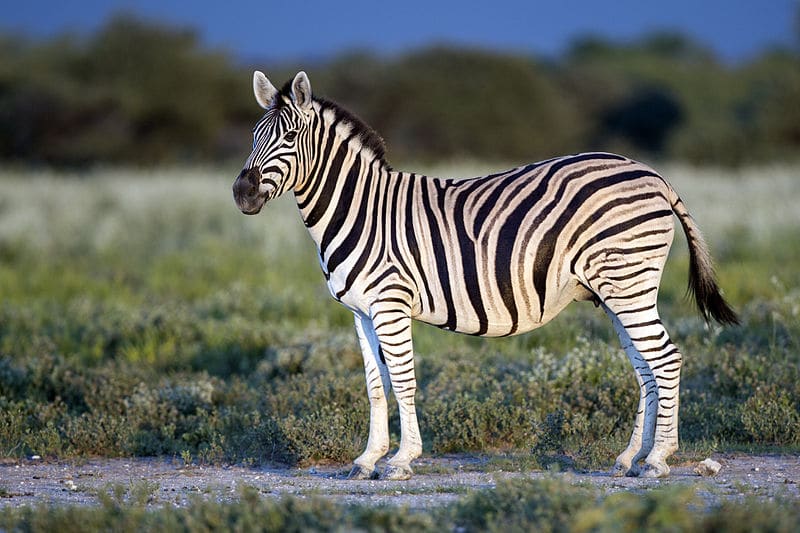 Posted at 08:10h in Wildlife by Mike Cadman

It’s been an age-old debate, and argument, amongst scientists, game rangers and wildlife enthusiasts – what is the ecological purpose of a zebras’ stripes?

Some have argued that that the stripes form some sort of social signaling function, others suggest it has something to do with temperature regulation and still others believe, very speculatively,  that when a herd of zebras flees from lions the mass of similarly striped fast-moving animals may confuse the predators giving at least some individuals a chance to escape.

The more facetious say the stripes are simply there to allow people to make weak jokes about “zebra crossings” and “donkeys in pyjamas.”

In recent years though some biologists have thought it has something to do with deterring biting flies and new research published in the academic journal Plos One this month (February 2019) seems to confirm this, arguing that the pattern of a zebra’s stripes confuses the flies at short range which results in fewer bites.

The biologists, working in Somerset in Britain, used three tame zebras and nine horses in their experiment to see which animals were bitten more often by horseflies.  They monitored the animals and the flies using slow-motion video footage which revealed that the zebras were bitten less frequently than the horses.

“The flies seemed to be behaving relatively naturally around both [zebras and horses] until it comes to landing,” Dr Martin How of the University of Bristol told The Guardian newspaper. “We saw that these horseflies were coming in quite fast and almost turning away or sometimes even colliding with the zebra, rather than doing a nice, controlled flight.”

As a result, the flies had less time to bite the zebras before being chased by the animals’ swishing tails.

To make sure that the flies were not attracted or repelled by the difference in smell or behaviour the biologists adopted a novel approach – they dressed a horse in zebra “pyjamas,” not quite real, but rather a striped coat and then a black coat followed by white coats and monitored the behaviour of the flies towards the “disguised” horse.

“We placed the black coats or the white coats or striped coats on the same horse so as to control for any differences in animal behaviour or smell and again flies did not land on the stripes” Dr How and his colleague Dr Tim Caro wrote in an article published in The Conversation. “But there was no difference in landing rates on the horse’s naked head, showing that stripes exert their effect close up but do not impede fly approaches at the distance”.

The biologists concluded that because flies have poor eyesight a zebra appears similar to the horse from a distance but as they get closer the dramatic contrast in the stripes confuses the insect and they become disorientated.

The Guardian reported that Dr How suggested that outdoor enthusiasts might be able to follow the zebras’ example and use patterned tops and body paint to help avoid getting bitten by unpleasant flies.

Perhaps in Somerset. In Africa, Panther Leo, the lion, has a very well-known predilection for eating zebras and looking like a one could have unpleasant consequences.