The ‘scale’ of devastation needs to be addressed

Home / Wildlife  / The ‘scale’ of devastation needs to be addressed 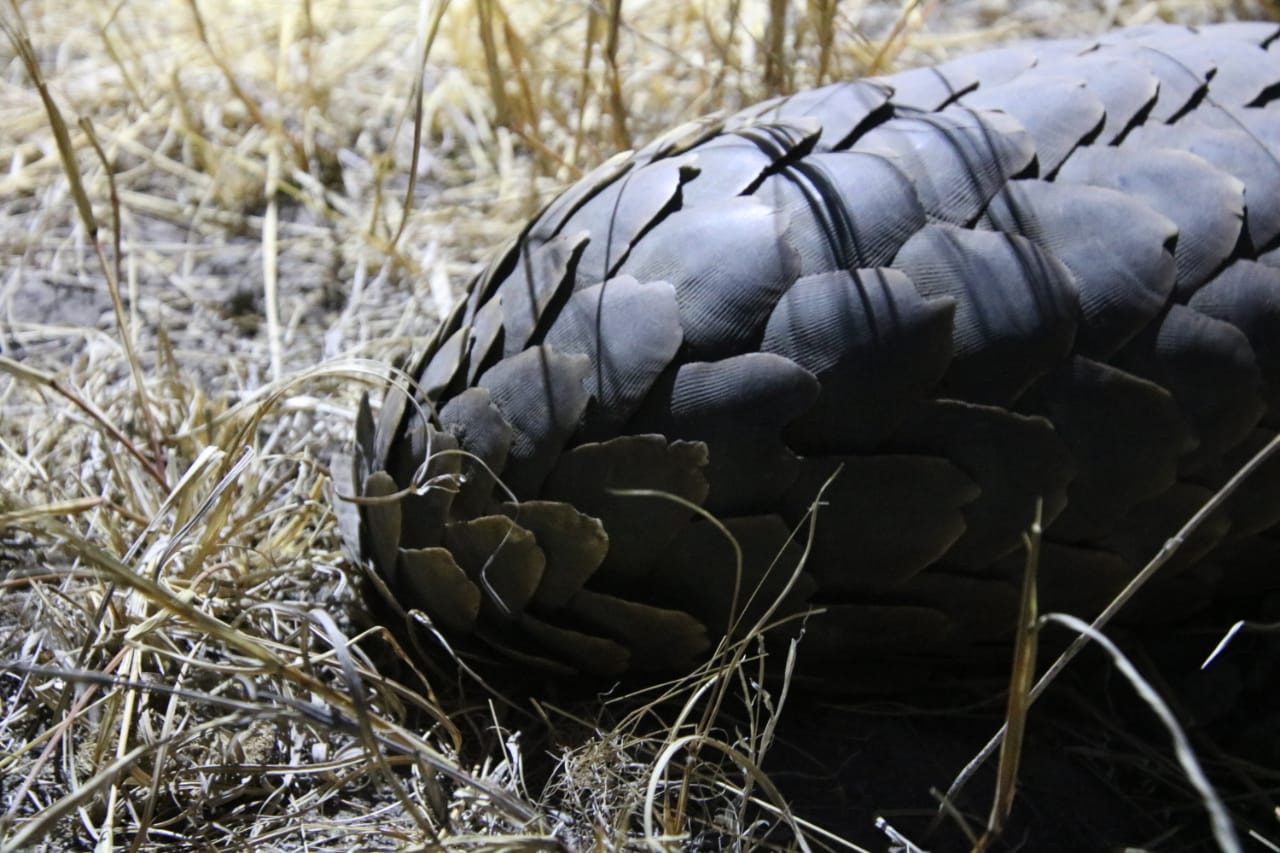 23 Sep The ‘scale’ of devastation needs to be addressed

Posted at 12:49h in Wildlife by Mike Cadman

Shout “pangolin” (relatively quietly) to the guide driving a game-viewing vehicle in Southern Africa and he or she will stop faster than if you had you said “pink elephant”.

Pangolins, sometimes known as Scaly anteaters, are considered, even by those with years of bush experience, such unusual sightings that their presence always generates excitement and compulsory vehicle stops.

They are unique amongst all mammals in that their entire bodies are covered in tough leathery scales, a characteristic that results in some people thinking that they are reptiles. When threatened these slow-moving animals curl up into a tight ball, presenting a hard “shell” of sharp scales to would-be attackers.

Temminck’s ground pangolin is the only pangolin species that occurs south of the Zambezi River, although it is widely distributed across the continent. Formerly known as the Cape pangolin this animal can weigh up to 13 kilogrammes (28 pounds) and measure over a metre (3 foot 3 inches) in length from its nose to the tip of its tail.

They are primarily nocturnal and, as their alternative name suggests, their diet consists entirely of ants and termites.

“Prey is located by smell through the soil surface, then tunnels are opened up with the claws; the 25 cm (10 inch) rod-shaped tongue, covered with sticky saliva, is inserted into the tunnels and withdrawn quickly into the mouth with the adhering ants,” scientist Jonathan Swart records in The Complete Book of Southern African Mammals. “It feeds around 90 times a night, each feeding bout lasting less than a minute”.

They do not have teeth and sand sticking to the tongue helps the animal break down its food, Swart adds.

Although they usually spend most of their day sleeping in burrows, often those made by aardvarks, some pangolins do forage during the day.

Four species of pangolin live in Africa and a further four live in Asia.

Sadly there is another reason pangolins are of such interest: The IUCN (International Union for Conservation of Nature) estimates that since 2000 more than a million pangolins have been traded illegally, making them the most widely trafficked wild animal in the world.

There is a huge demand for pangolins in the East where their meat is considered a delicacy and the scales are used in traditional medicines and for cultural purposes.

Although international trade in wild pangolin body parts is prohibited by CITES (the Convention on International Trade in Endangered Wild Species of Flora and Fauna) widespread corruption, official inefficiency and lack of political will have allowed this lucrative trade to thrive.

The illegal trade in Asian pangolins, which has led to a massive population decline, has resulted in criminal syndicates targeting African species for sale in Asia as well.

A few recent confiscations of whole pangolins, meat and scales illustrate the scale of the poaching:

The list of confiscations is extensive but law enforcement agencies say that and for every kilogramme of pangolin scales or bodies confiscated there is far more that reaches the markets.

“Unfortunately, the threats to pangolins don’t end with illegal trade and habitat destruction is also leading to a rapid decline in pangolin populations in both Asia and Africa.

Additionally, in South Africa, the electric fences which surround, and in some cases, divide up, many game ranches are also responsible for the deaths of a considerable number Temminck’s pangolins because when the animal bumps into the fence and is shocked it instinctively curls into a defensive ball around the lower charged cable and is electrocuted.