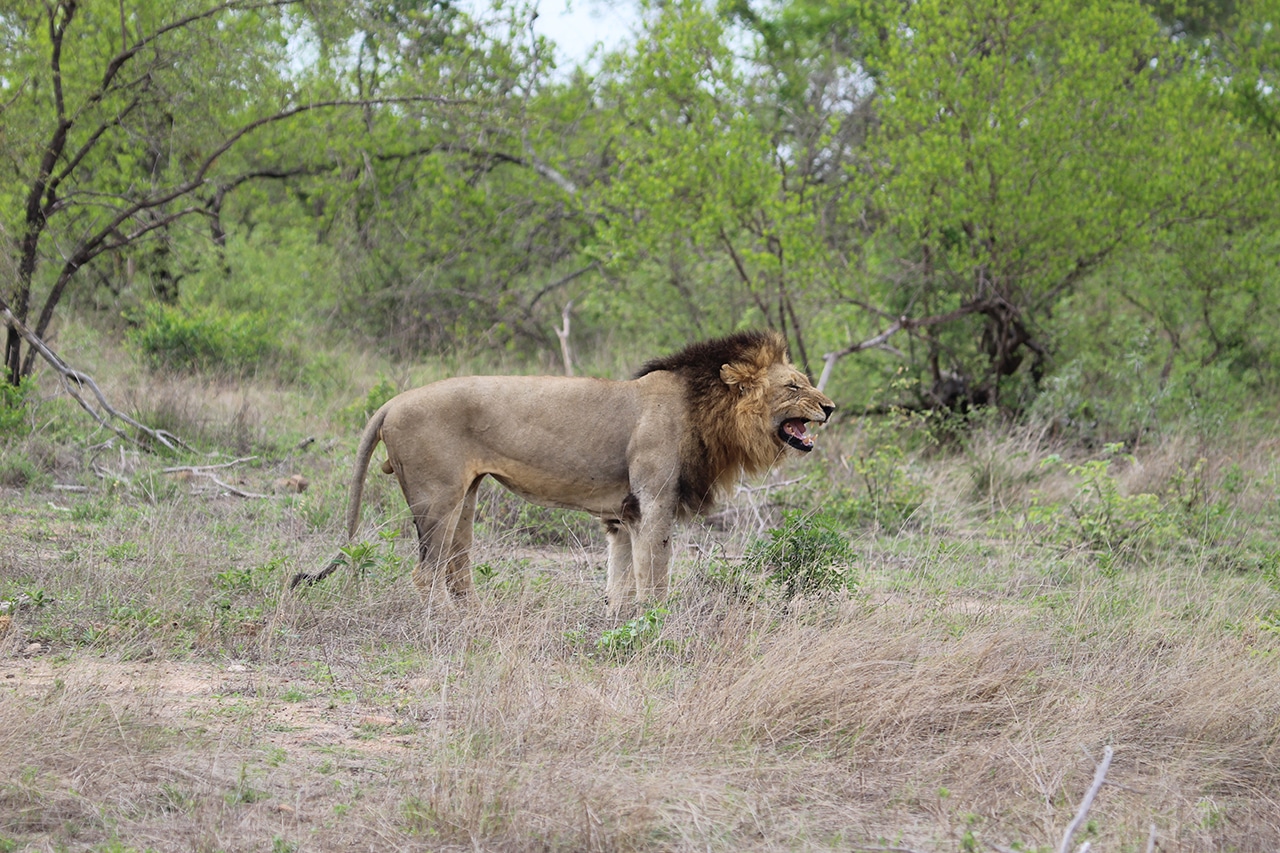 Posted at 13:11h in Wildlife by Mike Cadman

A male lions’ deep far-carrying roar is one of the best-known sounds of the bush. Some have heard the real thing often when visiting wild places but many of us have to be content with listening to the imperious and awe-inspiring call in movies, wildlife documentaries or on WhatsApp postings from friends. It is always an impressive experience but little surpasses the sensation when a large male starts his best performance right next to you while you are in an open vehicle, or for the braver, in a tent nearby.

The lions usually start off with a series of deep grunts, slowly increasing in volume and frequency before building up to a crescendo and then tapering off again with another series of grunts. The power of a full roar usually astonishes bystanders with its sheer volume and often people who have had the privilege of hearing a roar at close range say they have felt the call causing vibrations in their sternums!

Some scientists have estimated the roar can reach 114 decibels, as loud as a noisy rock concert, so if you lose your nerve whilst sheltering in your tent or sitting on the back of a vehicle and quietly whimper “I want my Mommy!”- you shouldn’t worry too much, the lion is not likely to pay much attention because in between his calls he is listening for other lions – males who might challenge him or females who might want to communicate.

Male lions, sometimes in conjunction with a brother or partners, regularly patrol the perimeters of their territories, checking scent makings and listening to see if other lions are prepared to challenge their roars. One experienced field guide in the Kruger National Park used to describe the roars as being a simple message from the lion which he believes is saying: “whose–land–is—this?—whose — land –is—this?.…. It is mine – Mine – MIINE! MIINE! MIINE! MIINE! It is mine – mine –mine!”

The roar made by a male lion is one of the loudest sounds made by any animal and is made possible by the unusual shape formed by its vocal cords.

“In most species, the vocal folds are shaped like triangles where they protrude into the animal’s airway. But in lions and tigers, the protrusions are flat and shaped like a square, courtesy of the fat deep within the vocal fold ligament,” the Smithsonian Magazine explained in a recent article. “This shape allows the tissue to respond more easily to passing air, letting the kitties roar louder with less lung pressure.”

Lions can roar while lying down but often sit when operating at full volume.

Sometimes all the members of a pride, even cubs although their voices are not fully developed, will join in a chorus of roaring. Scientists believe that this helps reinforce social bonds amongst the animals. Lions also sometimes call to each other, usually a low grunt, to stay in contact when moving through the bush.

Lionesses also have specific calls which they use when communicating with their cubs. The cubs soon learn that different calls have different meanings and respond accordingly.

If surprised by humans on foot lions will sometimes emit a warning grunt, cough or snarl, warnings best heeded because if ignored you may need your mommy quickly and she is not going to be of much help! That land is the lions’.